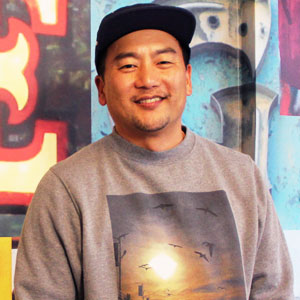 Regarded as the godfather of the food truck movement with his Kogi BBQ truck, Roy Choi’s masterful fusion of Korean and Mexican flavors has reshaped the way Angelenos think about flavor combinations and food truck dining. Since then, Choi has built a veritable food empire, with numerous restaurants in and around the Los Angeles area. In 2010, Food and Wine named him “Best New Chef” and in November 2013, he released his autobiography L.A. Son: My Life, My City, My Food. He was also a key consultant on the 2014 Jon Favreau film Chef.

Choi was born in South Korea and was raised in Koreatown, Los Angeles. He grew up making dumplings in his family’s restaurant and later attended the Culinary Institute of America in Hyde Park, New York.

"The borderline between being burned and not burned is where barbeque, or grilling, is perfect."

How to Use a Wok

Cooking with a wok may seem intimidating, but it's actually very fast, easy, and has more character than just a simple sauté.

How to Use a Wok