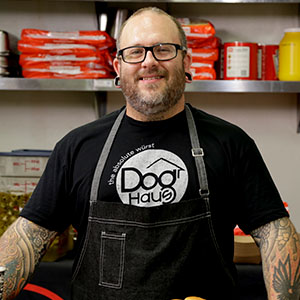 How to Make the Perfect Corn Dog

This corn dog recipe incorporates root beer to add depth of flavor to a carnival classic.

How to Make the Perfect Corn Dog

This relish is earthy and sweet with a little bit of tang, and is the perfect companion for summer grilling.

Learn to build charcuterie board flavors into a sausage sandwich sure to please any eclectic palate.