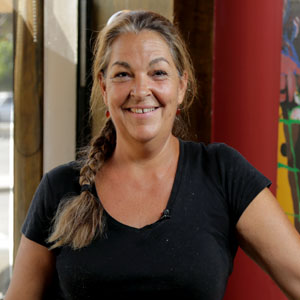 Corina Weibel is the chef and co-owner of Canelé, a French-American bistro in Southern California. At Canelé, Corina crafts Mediterranean-inspired comfort cuisine, driven by her philosophy that the integrity of food should come before flare; her recipes are classic, their ingredients are simple, the presentation is humble, and the quality is paramount.

Before pursuing a culinary career, Corina worked at a trading company based in Switzerland. During her time abroad, she was exposed to and inspired by a breadth of traditional Western European cuisine. After returning to the States with new occupational ambition, Corina gained professional experience working with Chef Nancy Silverton at Campanile and Chef Suzanne Goin at Lucques. Corina went on to explore catering before opening her own restaurant, Canelé, which has since been lauded by Bon Appetite Magazine, The Los Angeles Times, LA Weekly, Zagat, Eater, and many other online publications.

An Introduction to a Mortar and Pestle

Add a personal touch to sauces, pastes, and ground spices by preparing them with these ancient tools.

An Introduction to a Mortar and Pestle

Crispy chicken breast is topped with a fiery sauce to make a fresh, filling, and flavorful main course.

Confit Tomatoes with Garlic and Oregano

These tomatoes have a bold, concentrated flavor and an ultra-tender texture.

Confit Tomatoes with Garlic and Oregano

This sweet, airy pancake is an easy and impressive addition to your breakfast or brunch repertoire.

Meyer lemons give this thick, creamy custard a bright citrus flavor without too much acidity.