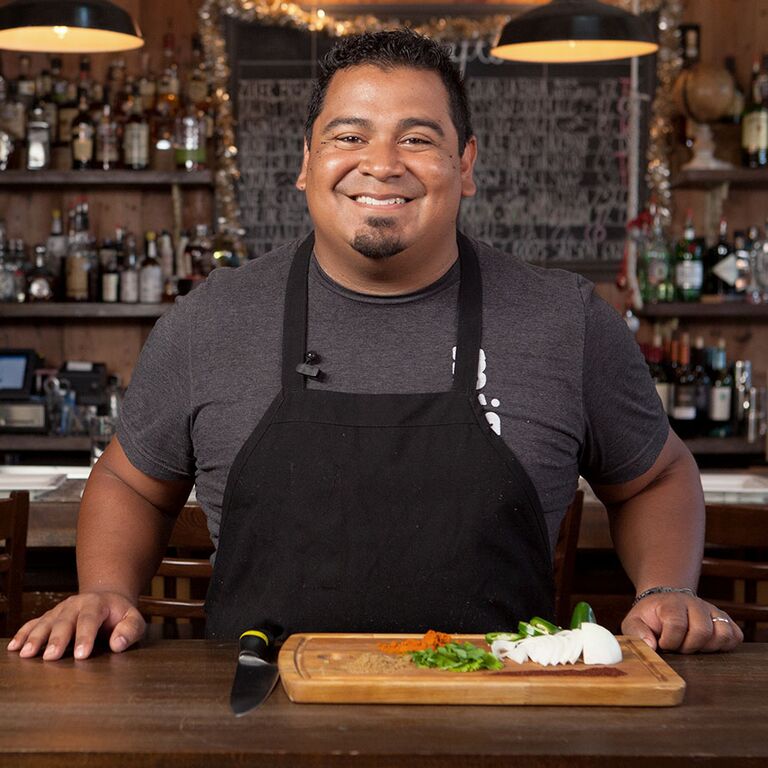 Edgar Torres is the executive chef at Mi Madre's restaurant in Austin, as well as the executive chef and co-founder of its sister restaurant, Zanduga Mexican Bistro. Edgar’s food straddles the line between tradition and innovation; his culinary endeavors strive to stay true to the "homegrown" complexity of authentic Mexican cuisine while pushing the boundaries of how it is represented in Texas food culture.

Originally from Toluca, Mexico, Edgar began his culinary career working as a line cook at Vinci and Coco Pazzo in Chicago. After training at the Culinary Institute of America, Edgar continued working to develop his passion for reinvigorating the traditional "Mex" element of local Tex-mex cuisine. Food Network listed Zanduga as a “must-eat” restaurant in Austin, and an article published by Texas Monthy urged readers to “to run, not walk, to Zandunga Mexican Bistro”. Edgar’s restaurants have also been featured on Eater and the Cooking Channel.

Fatty and flavorful beef cheek is slowly steamed to make a moist and tender taco filling.

A traditional ranchero sauce infuses the flavors of chile, onions, and tomatoes to create a bright, bold, and versatile salsa.

This slow-cooked beef stew is rich, hearty, and vibrant with traditional Mexican spices.

This flavorful cheese dip is a perfect appetizer for a Mexican inspired meal, or a playful side to serve at a party.

The bold flavors of al pastor are cooled down with crema and Queso Contija to make a flavorful "Mexican-style poutine".

With festive colors and layers of bold Mexican flavor, this dip is guaranteed to be a hit at your next party.

Savory chorizo is used to elevate a basic breakfast taco.

Liven up your morning with this Mexican-inspired breakfast dish made of eggs, salsa, tortilla chips, and cheese.