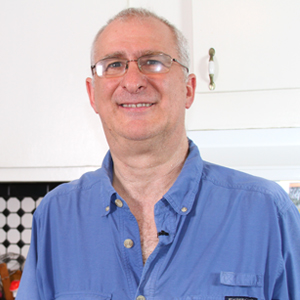 As evidenced by his charming accent, Gianfranco Minuz is an Italian native. Born and raised in Venice, Chef Gianfranco is a proud purveyor of Northern Italian cuisine and everything he touches turns to gold. He honed his skills under three-starred Michelin chef Gualtiero Marchesi, as the line cook for San Domenico, a two-starred Michelin restaurant, and as Sous Chef for two-starred Boscheti, before opening his own restaurant, Ca' Masierei, in the Northern Italian town of Trissino. There he earned his first Michelin star.

Ten years later, Chef Gianfranco left Italy for Southern California to work as Executive Chef at Trattoria Tre Venezie in Pasadena, where he earned himself a second Michelin star. Look for Chef Gianfranco on Saturdays at the Santa Monica farmer’s market, where he can be found admiring the fresh fare.

A perfectly roasted chicken is a wonderful way to gather the family around the table.

How to Break Down a Kabocha Squash

How to Break Down a Kabocha Squash

These tiny filled pastas are served with a warm broth, making a light and comforting cold-weather dish.

How to Use a Grater

The grater is a simple tool we use a lot in the kitchen for spices, herbs, cheese, and lemons.

How to Use a Grater

How to Make Vegetable Stock

We use vegetable stock for making soup, sauce, and risotto.

How to Make Vegetable Stock