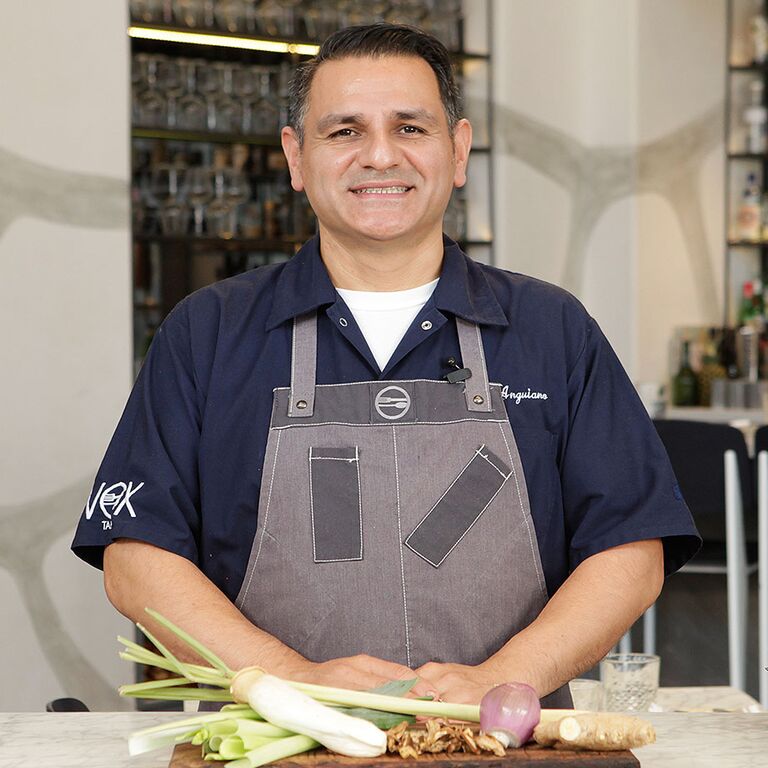 Joe Anguiano is the co-founder and executive chef of VOX Table in Austin, Texas. Drawing influence from his global travels and a multifarious culinary resume, Joe specializes in crafting sophisticated small-plate fare that highlights local and seasonal ingredients. His inspired take on New American cuisine - where each dish is artfully composed and each bite is a curated flavor and textural experience - gives way to highly memorable menus, and has gained him widespread acclaim in the culinary world.

Joe, a Los Angeles native, comes from a long line of cooks. Beginning his culinary career making and selling homemade tortillas with his mother, Joe eventually received formal training at the California School of Culinary Arts in Pasadena. He further honed his culinary craft working at globally renowned such as Le Cirque 2000 in New York, Eleven Plates and Wine in Westlake, Patina in Los Angeles, and two-Michelin star Zuberoa in San Sebastian, Spain. Before opening VOX Table, Joe worked with José Andres to open the much-lauded SLS Hotel & Bazaar Restaurant.

A classic pasta dish is reimagined as light, healthy, vegan and paleo-friendly fare.

Add a little heat to mildly-flavored quail by marinating it with achiote paste.

“These birds are amazing; for being so tiny, they have an impact of flavor”

In this quick and flavor-packed recipe, chicken is infused with a beer and fresh herb marinade then pan-roasted to crispy perfection.

Charring vegetables enhances their natural character, adding a delicate crunch and a rich depth of flavor.

Learn how to turn an under appreciated cut of meat into a flavorful meal.

This simple technique for dehydating tomatoes makes them tender, flavorful, and naturally sweet - all without the use of special equipment.