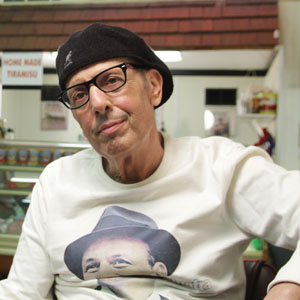 Beef is king in Chicago, and Mr. Beef in River North is THE king of Italian beef sandwiches. With praise from Jay Leno and appearances on the Food Network and countless other shows, Mr. Beef has made a national name for themselves. They were even featured on the Travel Channel's show Food Wars, where they competed against Al's for the best Italian beef sandwich. Mr Beef won, proving that they are indeed a Chicago institution that can’t be beat.

Owner Joe Zucchero started Mr. Beef over thirty years ago. Now his son and co-owner Christopher Zucchero has taken the reigns without making a single change. Still on Orleans Street in River North, Mr. Beef has remained the same sidewalk deli in a neighborhood that is ever-evolving and modernizing. The only question that remains is, “hot or sweet peppers?"

"Italian beef is strictly Chicago and only Chicago."

"This is a true Italian beef sandwich here in Chicago. This is beef and sausage, and now it becomes a combo."