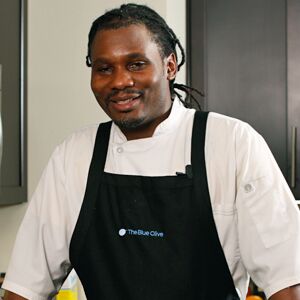 Malcolm Mitchell is the Washington D.C.-based owner of M. Mitchell the Chef personal chef service, delivering elevated prepared meals to the DC elite. Malcolm brings together the sophistication of his classic culinary training with an edgy, urban sensibility for an avant-garde flavor profile that is all his own. In late 2016, Malcolm will be opening Locality by Malcolm Mitchell, a casual café that will serve sandwiches, salads, and soups featuring the freshest, locally sourced ingredients.

This versatile dressing that has the classic Asian flavors of Thai basil, lime juice, and mirin can also be used as a tasty marinade for fish or seafood.

Spinach and Artichoke Dip with Crab

This crowd-pleasing dip is made elegant with the addition of savory lumpcrab.

Spinach and Artichoke Dip with Crab