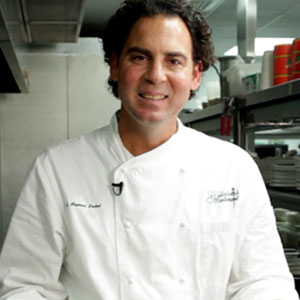 Michael Sichel is Executive Chef of Galatoire’s Restaurant, one of the largest, most well-known, and frequented fine dining restaurants in New Orleans, as well as their bar and steakhouse affiliate, Galatoire’s 33 Bar & Steak. At Galatoire’s, a 105 year-old local landmark, Chef Michael oversees a team of 30, who, under his direction, churn out the consistently remarkable French fare that earned the establishment a James Beard Award.

After earning his Culinary Arts degree from the Culinary Institute of America in New York, his home state, Chef Michael spent time honing his craft at Rubicon under Traci des Jardins in San Francisco, at Gotham Bar & Grill with Alfred Portale in New York, and in Provence, France, where he spent 13 years and became a certified Sommelier. Chef Michael moved to New Orleans in 2004, working at Indigo, 7 on Fulton, and the Grill Room before landing his spot at Galatoire’s in 2011. In 2012, Chef Michael took his talents to the London Olympics, where he prepared meals for Team USA athletes and their families, the success of which gained him widespread recognition with features in Yahoo!, USA Today, and Bloomberg Business Week.

An Overview of Cooking Oils

An Overview of Cooking Oils

These soufflé potatoes are "the heart of Galatoire's".

How to Juice a Lemon

Juicing lemons is easy, and results in lemon juice that is fresher and more flavorful than the kind that comes out of a bottle.

How to Juice a Lemon

This crab meat salad has notes of refreshing citrus and thyme, making it a great light meal, first course, or appetizer.

Béarnaise is similar to hollandaise, but with the bright, floral aroma and flavor of fresh tarragon.

How to Use a Pastry Bag

Learn all the tips and tricks to using a pastry bag like a pro.

How to Use a Pastry Bag