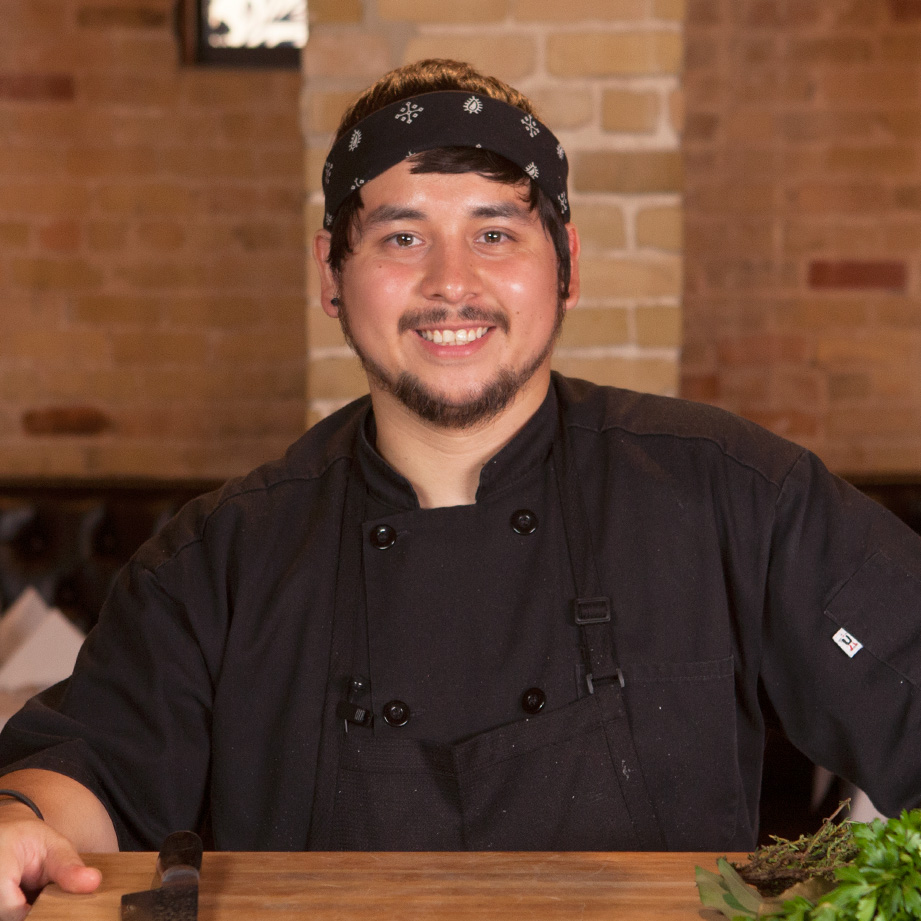 Roman Murphy is the executive chef at Austin eatery, Bess Bistro. At just 28 years old, he is responsible for transforming Bess Bistro’s menu from classic French fare to a refined interpretation of contemporary American cuisine. Drawing inspiration from various world cuisines, and sourcing ingredients from Bess’ one-acre from outside of Austin, Roman’s food is driven by fresh, seasonal ingredients and an artful aesthetic.

Originally from Texas, Roman trained at the Texas Culinary Academy and Le Cordon Bleu. He has developed his talent at other esteemed Austin restaurants including Jeffrey’s, Congress, and Second Bar + Kitchen. Roman's ability to create dishes that are sophisticated and uniquely his own has recently landed him recognition by Zagat on their Austin’s 30 under 30 list.

This colorful cold soup stradles the line between sweet and savory, making a refreshing dish that's perfect for the summer.

Transform this delicate and versatile vegetable into an attention-grabbing side dish with just a few basic ingredients and cooking methods.

Delicate lamb meat is emboldened in flavor and texture with a coating of Dijon mustard and a crunchy panko-herb crust.

How to Clean Mussels

Learn simple and effective techniques to clean fresh mussels and prepare them for cooking.

How to Clean Mussels

A Basic Overview of Lamb Chops

A Basic Overview of Lamb Chops