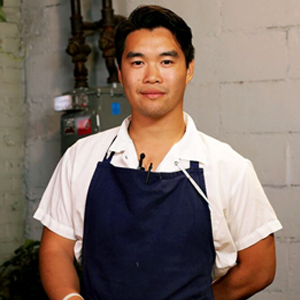 Tru Lang is the chef de cuisine at Journeyman in Boston, where he showcases seasonal ingredients with elegant, modernist techniques.

Tru studied political science at University of Massachusetts Amherst, during which time he also discovered a love of food and cooking. Following graduation, he moved to California where his culinary philosophy became ingredient focused, with freshness and flavor being the priority. After working at several award-winning restaurants in San Francisco, Tru returned to Boston. He took a break from fine dining while running a local food truck, but found his way back when he joined the Journeyman team in 2014.

An Introduction to Hay

Uniquely flavored and highly versitile, hay can be used to enhance both sweet and savory applications.

An Introduction to Hay

This versatile sweetner is characterized by the subtly complex flavor profile of earthy, nutty, hay.

An Introduction to Fermentation

Learn the basics of this ancient preservation technique to impart a nuanced depth of flavor to your favorite fruits or vegetables.

An Introduction to Fermentation

This elegantly simple, restaurant-quality dish of fresh corn pudding and spiced lobster meat can easily be reproduced at home.

An Introduction to Whey

“It seems deceptively simple-looking, but what it is actually is full flavor and nutrients.”

An Introduction to Whey

An Introduction to Fennel

Learn about the different edible components of fennel, and how to break down and cook each one.

An Introduction to Fennel

"A creative and fun way to take any number of vegetables and fruits that are in season, at any time, and make them into a salad."

"Hay and Whey" Dessert with Whipped Cream and Roasted Peaches

This whimsical dessert features one perfectly ripe peach topped with a luscious hay-infused mousse, crunchy toasted oats, and a granita made with sweet whey.

"Hay and Whey" Dessert with Whipped Cream and Roasted Peaches