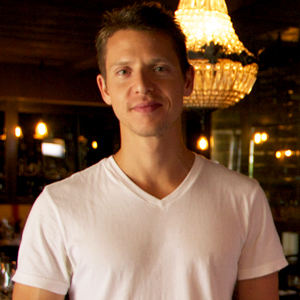 Zach Pollack, a Los Angeles native, started off bound for a career in architecture. While pursuing his degree at Brown University, Pollack studied abroad in Florence, where he found himself deeply enamored with Italian cuisine. Returning home with a newfound culinary curiosity, he applied for a job to work under prominent LA chef and restaurateur Neal Fraser at GRACE. After gaining experience, he returned to Italy and, over the course of two years, worked at a variety of Michelin-starred restaurants across the county.

In 2011, Pollack joined forces with chef Steve Samson to open Pizzeria Ortica in Orange County. Their subsequent endeavor, Sotto, has been called Best New Restaurant by Los Angeles Magazine and was listed as one of Esquire’s Best New Restaurants in America in 2011. At Sotto, Samson and Pollack pair fine wines with handmade pastas and pizzas made from their wood-burning oven, creating rustic cuisine reminiscent of old-world Italian charm. The pair have been called Southern California Rising Stars by Star Chefs and in 2011, Chefs of the Year by Los Angeles Magazine. In 2012, Forbes listed Pollack as one of Food & Wine’s 30 under 30. Though still deeply connected to Sotto, in 2014, Pollack spread his wings and opened Alimento in the Silver Lake neighborhood of Los Angeles. At Alimento, Pollack creates artisanal Italian food that focuses on incorporating ingredients produced by small, local, often organic and biodynamic growers. Alimento has been featured in LA Weekly, LA Eater, Los Angeles Times, Los Angeles Magazine, and Tasting Table National.

This dish is tender and juicy on the inside, crispy on the outside, and irresistible to any pork lover.

This dish combines hearty, marinated mushrooms with white beans to create a fresh and fulfilling side or main couse.