Toasting spices helps to draw out the natural flavors. This technique works best on whole spices, as pre-ground spices ten to burn easily. Burnt spices are bitter and unpalatable, so they must be watched closely while being toasted. To learn more about toasting spices, visit Simon Majumdar’s “How to Toast and Grind Spices” tutorial located at the bottom of the page.

The purpose of grinding spices are to release the flavorful oils, and to increase the surface area of the spice. The smaller the piece, the greater the surface area and the more integrated it becomes in the food to which it is added.

Coriander refers to the dried seeds of the cilantro plant. It has a slightly sweet with a subtle lemony flavor, and often used in curry and chili recipes. Both coriander seeds and ground coriander can be found at most grocery stories.

Cumin is an aromatic spice native to the Mediterranean, but it is often used in Middle Eastern, Mexican, and Asian cuisine. In addition to its warm and potent flavor, cumin is a good source of iron and can help stimulate healthy digestion. Both cumin seeds and ground cumin can be purchased at most grocery stores.

Fenugreek can be used as a fresh herb or a dried spice, and is commonly found in Indian cuisine. It has a complex bitter-sweetness similar to celery, and a slight maple aroma.

Allspice is the dried and cured unripe berry of a tree native to Mexico and Central America. It was named allspice because it is thought to combine the flavors of cinnamon, nutmeg, ginger, and cloves. Allspice berries resemble brown peppercorns, and are best used in their ground form.

Cloves are the aromatic flower buds of a tropical tree. They are sold dried, and can be used either whole or ground. They have a pungent flavor and aroma that is warm and slightly sweet. They are frequently paired with cinnamon, allspice, and nutmeg.

Caraway seeds are the seeds of a plant in the parsley family that is used for both medical and culinary purposes. Its flavor is similar to anise, with hints of pepper and citrus. Ancient superstition believed that caraway held the power to inhibit lovers from loving interest in each other, and that the seed could prevent theft of whatever object it was placed inside of.

Cardamom has a flavor that is very strong and aromatic. There are two different versions of cardamom: Black cardamom is the fully matured state of cardamom and has been dried out. Green cardamom is picked earlier in its lifecycle and is cured for a different flavor.

Paprika is a spice made from air-dried chilies in the capsicum family. It has mild flavor and subtle spiciness. Smoked paprika is made with peppers that have been smoked over a fire before being ground into a powder.

Turmeric is a popular ground spice used in South Asian countries. In addition to its role in cooking, turmeric is sometimes used for medicinal purposes and for dying fabrics. 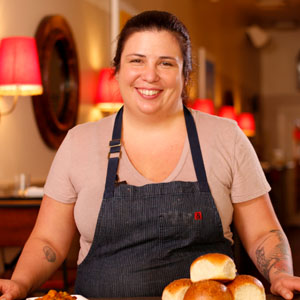 The sweet, nuanced flavor of heirloom carrots is warmed up with curry powder to create a comforting, vegetarian-friendly soup.